by Burglars of the Heart 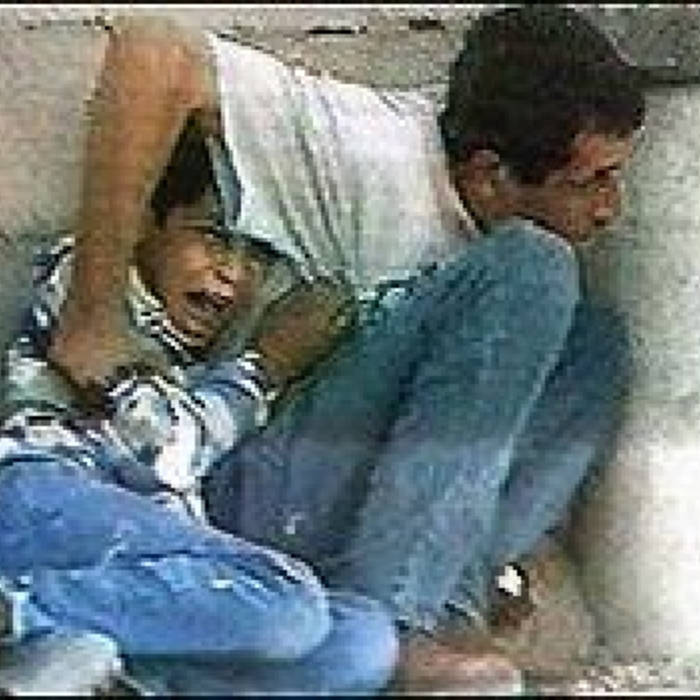 Lyrics by Malcolm Levitt. They refer to the Muhammad al-Durrah incident of September 2000 (see http://en.wikipedia.org/wiki/Muhammad_al-Durrah)